With a portfolio that covers a comprehensive range of cars, trucks, buses, defence vehicles and more, Tata Motors Limited is recognized as one of the leading automobile manufacturers in the world today. Commencing operations in 1954 with Commercial Vehicles (CVs) in India, the company’s marque can now be found both on and off-road in over 175 countries around the globe. Here’s how Tata Motors went from being an Indian company to the globally recognized brand that we know today.

Tata Motors’ CVs around the world

Having a presence in over 46 countries around the globe, Tata Motors is without a doubt among the top 10 CV makers in the world today. The company started creating ripples with the launch of Tata 407 Light Commercial Vehicle (LCV) in 1986. The truck became popular not only in India but also in several other countries around the world, thanks to its reliability. Here are some of the most important milestones that the CV sector of Tata Motors achieved in countries abroad:

As of today, the commercial vehicles wing of Tata Motors can be seen in over 46 countries of Africa, ASEAN & Far East, Latin America, SAARC and the Middle East. 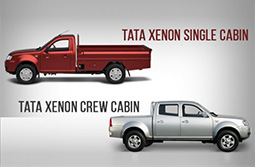 Pickup trucks or pickups are light and mid-duty vehicles with an open rear bay and.. 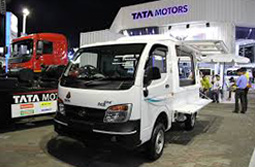 Food trucks have always been popular in many parts of the world and are known.. 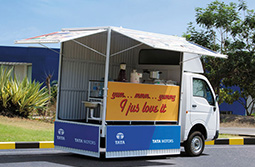 How to Buy a Food Truck – Mini Truck

Many individuals around the world seek delight in authentic cuisine served on food trucks. While..

How to Buy a Food Truck – Mini Truck